Neil Morton expressed his excitement at the momentum of this year’s campaign. “This campaign has seen numerous success including many workplaces like Trent University exceeding their goals, the introduction of our inaugural Petes Plaid night, and a very generous anonymous donor providing $30k to match leadership level donations. All of this has happened while faced with the challenge of the announced closure of General Electric. The generosity of this community continues to humble and inspire me.”

Jim Russell also referenced the injection of fun that took place this year with adopting the Plaid Campaign theme. Russell stated “the introduction of plaid into the campaign zeitgeist brought back the fun to our campaign. Many workplaces joined the plaid challenge to help us get to this result.”

With just over four (4) weeks left until its community celebration on March 29th, United Way Peterborough is reminding the community there is still time to give! Bob Gauvreau, Campaign Vice-Chair, has issued a $5K challenge to community and business leaders to help the organization cross the finish line on its campaign. If you haven’t made a gift, please do it today! If you have made a gift, consider giving just a little bit more this year. Consider doing a quick fundraising event at your business – An extra $500 from our corporate and workplace partners will go a long way in helping us reach that finish line! 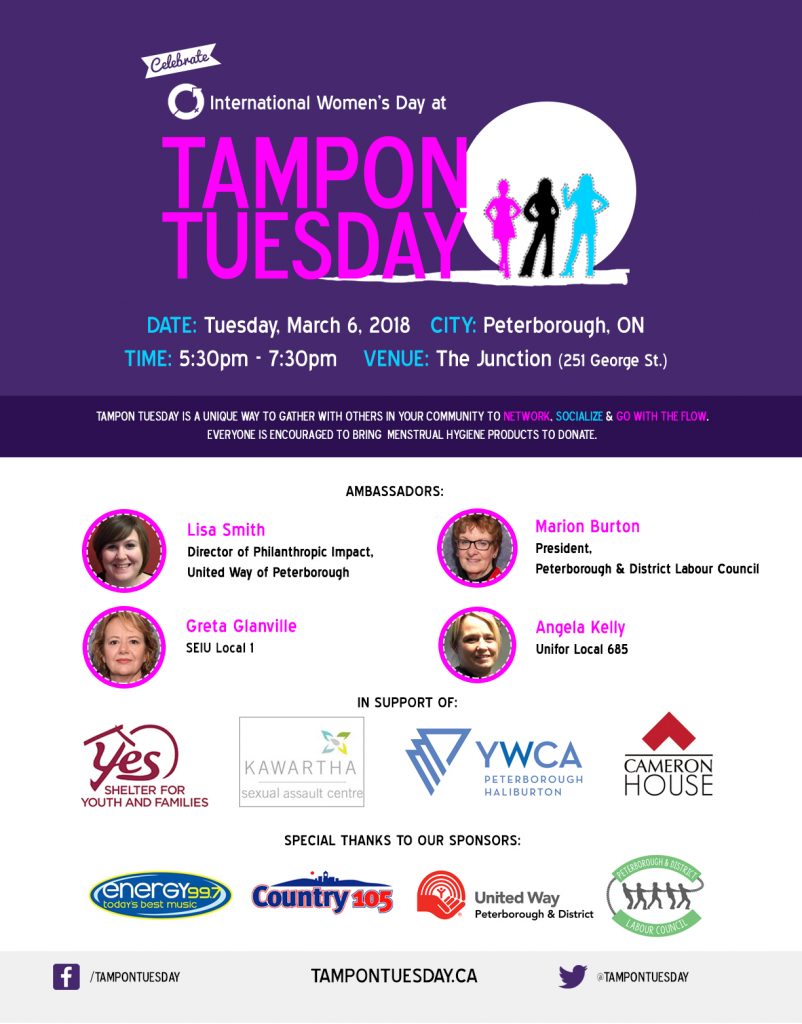 Tampon Tuesday is a unique way to gather with others in your community to network, socialize & go with the flow.

Everyone is encouraged to bring menstrual hygiene products to donate.

If you cannot make the event but would like to support #TamponTuesday, you can bring your donations to our office at 277 Stewart Street between 9-5, Monday-Friday.

For more information about #TamponTuesday

For information about Tampon Tuesday in Peterborough, contact Stephanie @ 705-742-8839 ext. 32 or slevesque@uwpeterborough.ca 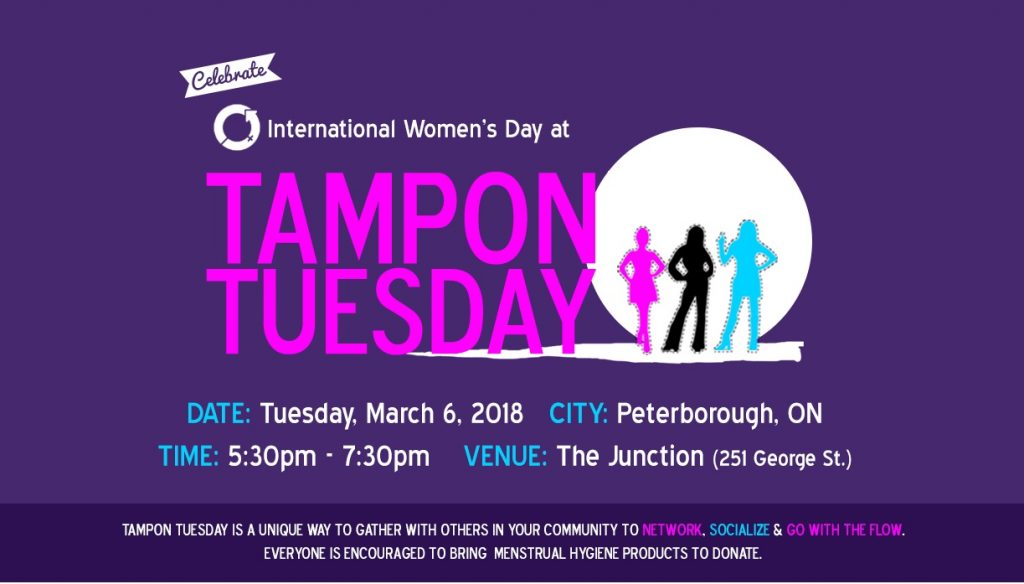 Should you have any questions about this opportunity please direct them to Lisa Smith, Director Philanthropic Impact: lsmith@uwpeterborough.ca or (705) 742-8839 ext 29.

Non-profit organizations play an important role in tackling the problems of a fast-changing society. Through its Innovation Fund, UWP seeks to support nonprofit innovators, whether small or large, to design and/or deliver new initiatives that meet the community priorities identified within this RFP. Projects funded through the innovation fund should be a beta-test of a new idea or a research project designed to build a deeper understanding of community issues. This request for proposal is for one-time funding where up to $75,000 will be distributed.

Should you have any questions about this opportunity please direct them to Lisa Smith, Director Philanthropic Impact: lsmith@uwpeterborough.ca or (705) 742-8839 ext 29.

Our CEO, Jim Russell sets the stage for our final $250K (#SoClose) Campaign:

To date, close to 300 workplaces and over 2000 employees have given to United Way’s 2017 campaign. This community’s ongoing commitment to creating hope and possibility for close to 60,000 people continues to inspire us … and for this we thank you!

Our campaign chair, Neil Morton, has recruited a #plaidtastic cabinet team. Together, their shared love for this community has created a tsunami that has stirred workplaces like Trent University to exceed their campaign goal by $25K.

And today, we are #soclose to getting to our campaign goal. We are within sight of finish line but we need one last push to get there. That’s where UWP and Peterborough needs you. We are asking our community to join us in one last push to the finish line.

How can you help?! 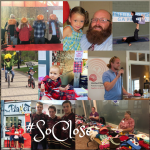 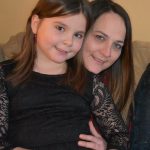