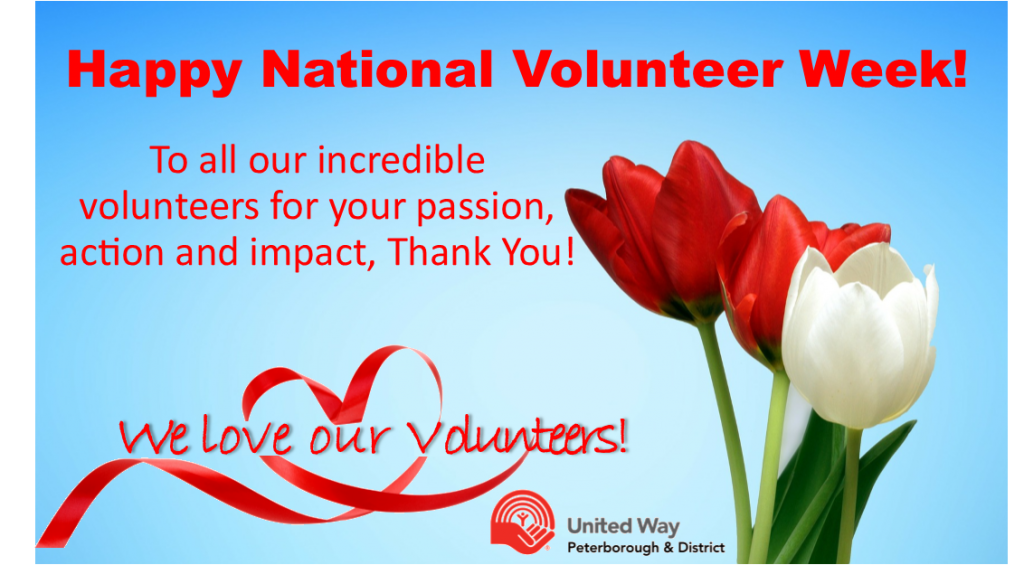 Volunteers are the heart and soul of United Way. When it comes to building community and changing lives in Peterborough City and County, we couldn’t do it without volunteer support.

Russell made the announcement saying, “Gwyneth is a well-respected community and business leader, she approaches all tasks with a focus and determination which inspires.”

Gwyneth was born in British Columbia and graduated from the University of British Columbia with a Bachelor of Science and Microbiology in 1985; later coming east to the University of Ottawa to complete her MBA in Finance in 1993. Gwyneth continued her education receiving her Certified General Accountants Designation in 1997. She eventually took on the role of Controller and Manager, Business Development at Nexicom for 11 years and then made an entrepreneurial leap into Financial Consulting and Accounting as a Partner at Cody & James CPAs in early 2009.

Gwyneth believes it takes a whole community to build a strong community. “A strong economy is only half of the equation. We need to leverage the strengths, experiences and expertise of everyone if we are to succeed. Having been involved with the United Way for many years in the past, I’ve seen firsthand the power of the organization and I strongly believe in its direction and reach,” says James. “Chairing the 2016 Campaign is a wonderful opportunity to combine my passion for business development with helping all our community’s citizens become healthy contributing members of society. I’m humbled by the responsibility of the role and what it means to so many in our community,” James added.

Gwyneth brings a passion to both her work and volunteer activities, affirms Russell, “Reflecting on United Way’s 75 years in our community, we looked for an individual who is well respected and a leader.

Thank You to the Volunteers, Participants and Community for Making
Peterborough’s PiT Count Possible

On March 22, 2016, volunteers took to Peterborough streets, shelters and meal programs to count and survey the homeless population for Peterborough’s first Point-in-Time (PiT) Count. From 9:00 a.m. until 11:00 p.m., fifteen teams surveyed two meal programs, five shelters and eight routes throughout the city.  While each team had their own experiences, a commonality emerged from the day, most interviewed were grateful to share their story, “They wanted their voice to be heard,” was echoed by numerous volunteers.

Thrilled with the support and involvement from our community for Peterborough’s PiT count “We applaud all 55 volunteers who generously contributed 302 hours of their time and energy to support iCountPtbo,” says Jim Russell, CEO United Way Peterborough & District. “Throughout the day our United Way office was full of energy as volunteers left with their teams and returned hours later, most of them dripping wet, the cold rainy weather did not dampen their spirits,” added Russell. Volunteers play an essential role in all initiatives and operations of United Way Peterborough.

Erica Richmond, PiT Count Coordinator was moved by the volunteer experiences and the participants of the survey, saying “we give our sincerest thanks to the people currently experiencing homelessness who agreed to be interviewed and trusted us with their stories. Their stories will give a deepened meaning to the PiT Count initiative.”

Thank you in particular to the following dedicated community members and partners for making Peterborough’s PiT Count possible:

“I’ve supported people experiencing homelessness for years but this… this was much more emotional that I had anticipated. At one point, I just broke down in tears.”

“This was a new experience for me. I had to really push myself out of my comfort zone to even approach people, let alone conduct interviews. I was really surprised at how nice and open people were – they really wanted to share their stories. And I learned that homelessness can happen for a variety of reasons. Anyone can become homeless.”

“In speaking with people, I was so humbled at the level of respect I was shown. For people to be asked very personal questions by someone who is obviously not in the same situation as them and to answer honestly, shows the level of commitment the entire community has to ‘fixing’ the ‘homelessness problem’.”

A detailed report on Peterborough’s Point-in-Time Homeless Count will be released to the community June 28, 2016.

PiT Count Background Info
A PiT Count is not intended to be a measure of everyone who experiences homelessness in a community over time. By focusing on a single day, the count will not include some people who cycle in and out of homelessness. What it will do, is provide an estimate of how many of these people are homeless at a given time. It’s also not intended to be a count of hidden homelessness (e.g., people who are “couch-surfing”). The focus of the count is instead on those who are absolutely homeless (e.g., sleeping in shelters or on the street) on the day of the count.

Peterborough’s homeless to be counted on Tuesday night – Peterborough This Week – March 21, 2016

Peterborough United Way to count how many people are homeless in the community – Peterborough This Week – March 1, 2016

How many people are homeless in Peterborough? Answer: unknown – CHEX Television – March 1, 2016