We are pleased to share our 2018-2019 Annual Report and Audited Financials.

Last night, at their Annual General Meeting, United Way Peterborough & District (UWP) provided a showcase of Local Love as they profiled several of their Neighbourhood Funded programs and initiatives from 2018 and announced the 2019 recipients.

The Neighbourhood Fund provides small, one-time grants to support groups of individuals that are working together to improve their neighbourhood, defined as a physical place or a connection of people, within the City and County of Peterborough.

United Way Neighbourhood Funding is used to enhance resident engagement and leadership while offering valuable opportunities for residents to get to know their neighbours and engage in their community.

Jim Russell, UWP CEO acknowledged the generosity of an anonymous community member whose donation funded the 2019 projects, “We are so lucky to have a donor come forward and support the idea of small micro grants to neighbourhood initiatives. We know that a little money can leverage a lot of goodwill and capacity.”

Click here for more information about our Neighbourhood Fund, including a brief description of all recipients, please click here

Videos of each project who were at our AGM can be found on our YouTube Channel. Click here for full playlist.

This morning on the front lawn of the United Way of Peterborough and District office, David Goyette, 2019 Campaign Chair enthusiastically announced the 2019 Campaign Cabinet Team.

“I am proud to introduce this immensely committed team, and I thank them all for their time, energy and commitment,” stated Goyette.

The Cabinet Team holds an incredible responsibility. They are a hands-on team who are carefully selected based on their specific skills and dedication to making our community stronger. Members of the team will assist with key decision making around Campaign strategies, making phone calls to donors, visiting workplaces and organizing events.

And speaking of events – we have a long list of knock your socks off events coming up! Some of them are old favourites such as our Golf Tournament, Paint the Town Red and the United Way Petes game (with a twist). New events include: a 4-hour fundraising concert at Showplace featuring the best of Peterborough’s musical talent; a fashion show showcasing elegant women’s styles and costuming from the 1950s and 1960s; a major sledge hockey tournament involving local and provincial athletes; a promotional sports radio fundraiser featuring aspiring sports commentators; a community guitar jam and more!!

Details about these events and sponsorship opportunities will be available in the very near future.

Joining Goyette, was an ebullient Jim Russell CEO of the United Way. “We are pretty pumped by this line-up of community stars. We knew coming into this years Campaign that we would need to have a stellar team, in particular because of the upcoming federal election,” noted Russell reflecting on the particular challenge for 2019 of competing for the hearts and minds of the public. 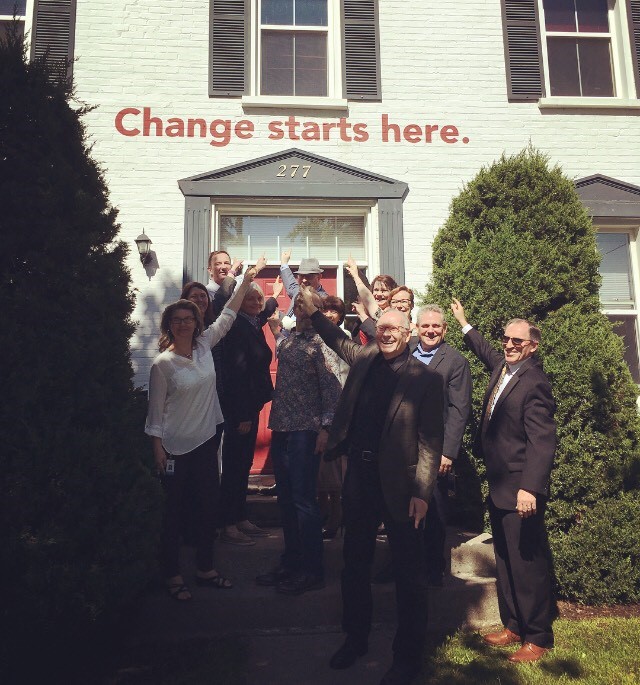 Looking for a gift for that favourite teacher?

How about supporting our Backpack for Kids program by purchasing a certificate in that favourite teacher’s name? All money raised helps us to buy the necessary school supplies to fill backpacks for Peterborough and area students. 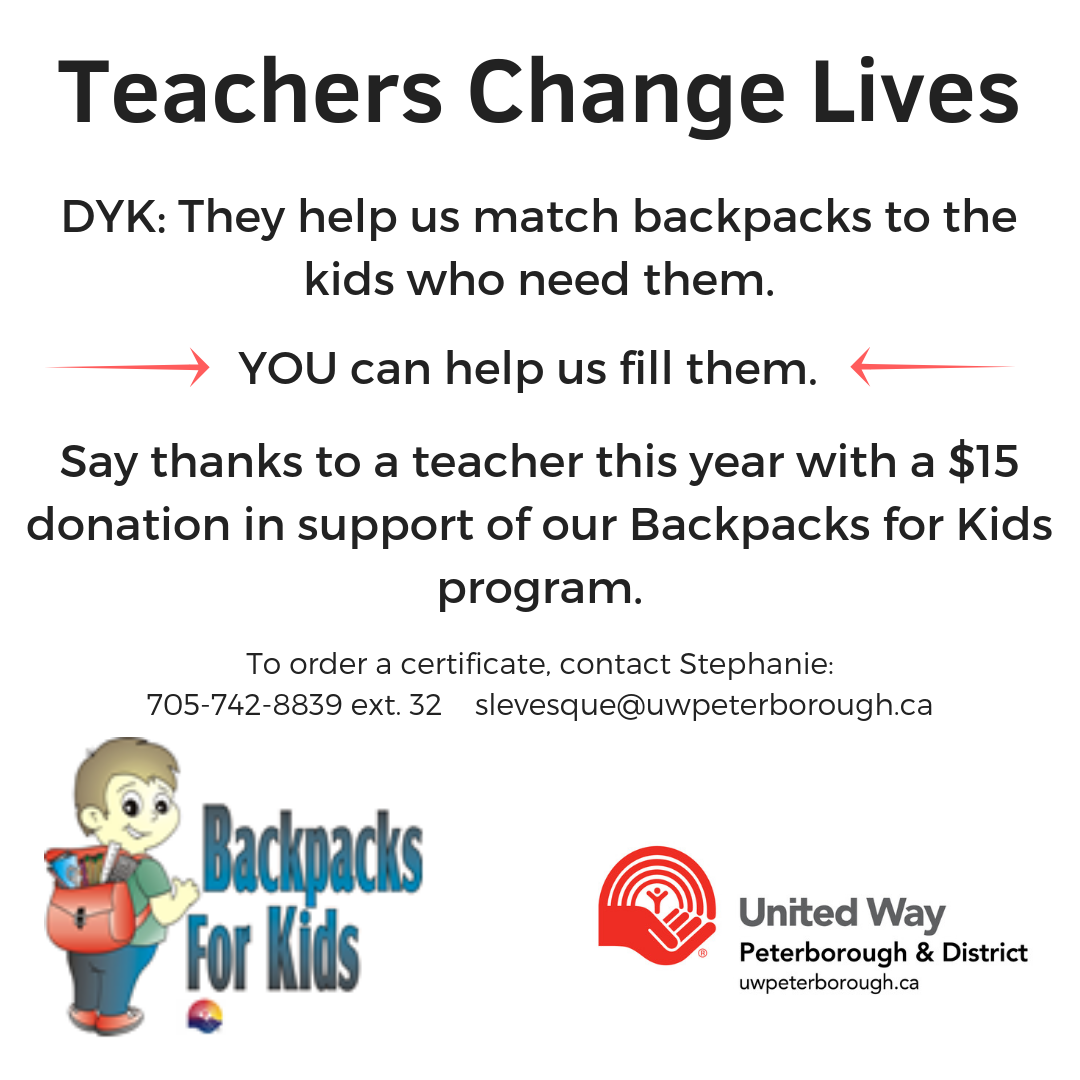