CEO Jim Russell announced United Way will be part of a 6-person contingent attending the national Poverty Reduction Summit in Ottawa next week. The collaborative is being funded by the City and Peterborough Poverty Reduction Network.

“It’s important to understand poverty is an issue for all of us and we need to work cross-sectorially,” says Russell. “Across the country in all communities there is an acute awareness of those that have and those that don’t and there is a deep desire to find a remedy. We are thrilled to be collaborating with the City of Peterborough, Peterborough Poverty Reduction Network, and Peterborough Social Planning Council to develop some high impact strategies to reduce poverty in our community,” Russell added.

The Poverty Reduction Summit: Every City, Province and Territory Working Together hosted by the Tamarack Institute for Community Engagement is an unprecedented gathering bringing together senior leaders from across the country and beyond to align their efforts and merge their passion for poverty reduction. The objective of The Summit is to strengthen communication and increase the alignment of activities to achieve our common goal by amplifying the success of each community, province and territory’s poverty reduction strategy. The Summit will motivate collective action leading to poverty reduction for 1 million Canadians.

“This collaboration is a great example of United Way’s strategic focus on poverty and the United Way Movement’s focus across the country to focus on Poverty to Possibility,” says Russell. “The only true solution is people of good conscience and good hearts coming together with a steely-eyed focus to end poverty,” Russell added.

The Summit will highlight what’s working in poverty reduction activities, celebrate strong community examples and provincial/territorial strategies, along with outlining what each holds in common so that we can clearly see the point of alignment that already exists. For more information on the Summit, visit povertyreductionsummit.ca. 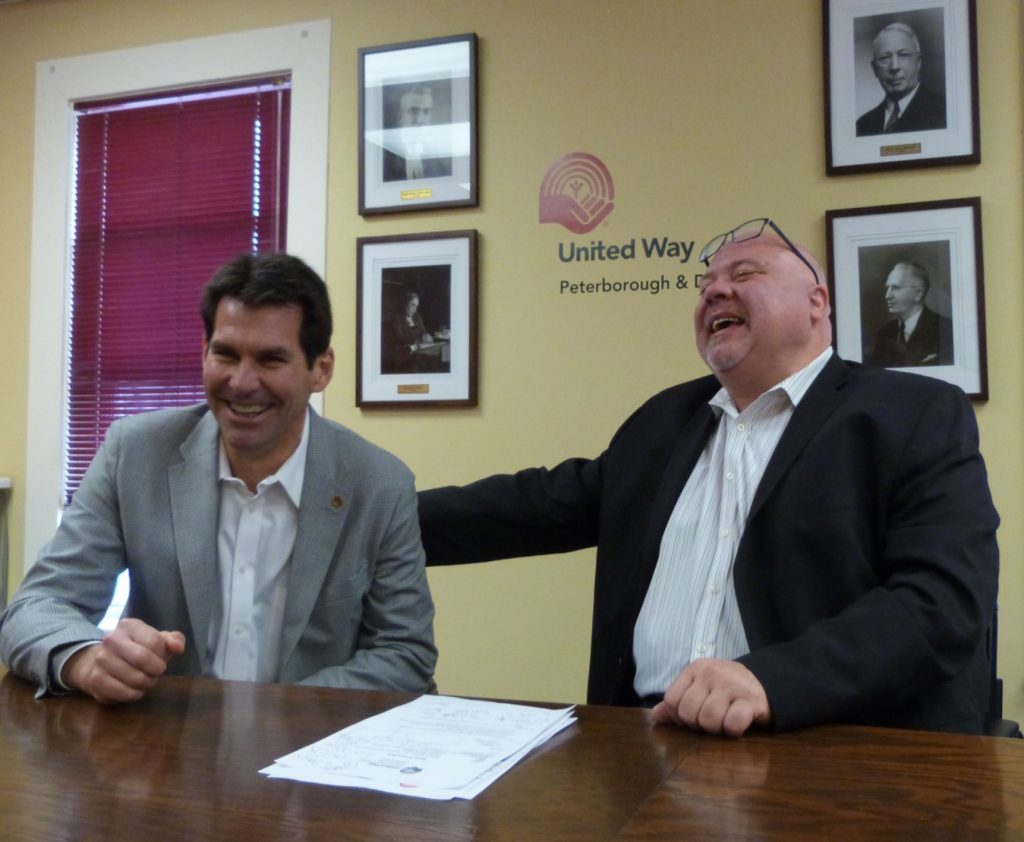 We are thrilled to welcome David Martin, Partner at ISL Insurance, as our 2015 Campaign Chair.

United Way Peterborough & District CEO Jim Russell made the announcement today saying, “David has been a sought after community leader for many years in Peterborough. He approaches all tasks with a focus and determination which inspires. He was Board Chair when I was hired and I can tell you he sets a standard of leadership that requires the very best in people.”

David’s local community service includes joining the Rotary Club of Peterborough- Kawartha in 2006. He served as Club President in 2013 and has sat on the Board of Directors for several years in various roles.

Outside of Rotary, David is actively involved with many local organizations including raising in excess of $10,000 for Cops for Cancer (yes that was time he shaved his head!), raising more than $35,000 with 6 friends in the Ride to Conquer Cancer as well as Walk A Mile event. If you’re a spin class enthusiast you’re likely aware of David’s grueling spin classes at our local Y!

“Having been involved with the United Way for so many years I’ve seen firsthand the power of the organization and I strongly believe in the new strategic direction,” says Martin, 2015 United Way Campaign Chair. “Chairing the 2015 Campaign is a wonderful opportunity to further my passion for the United Way and I’m humbled by the responsibility of the role and what it means to so many in the community,” Martin added.

“Over the years, David has generously given to this community through United Way as well as many other local organizations. He commands respect, is quick to laugh and is eager to serve,” says Russell. “I am so very proud to call both he and his partner Yvonne, dear friends and so very pleased he would choose to serve our community as this year’s campaign Chair. He is someone who comes to the task with intimate knowledge of United Way, our value to the community, and the passion we have to transform community,” Russell added. 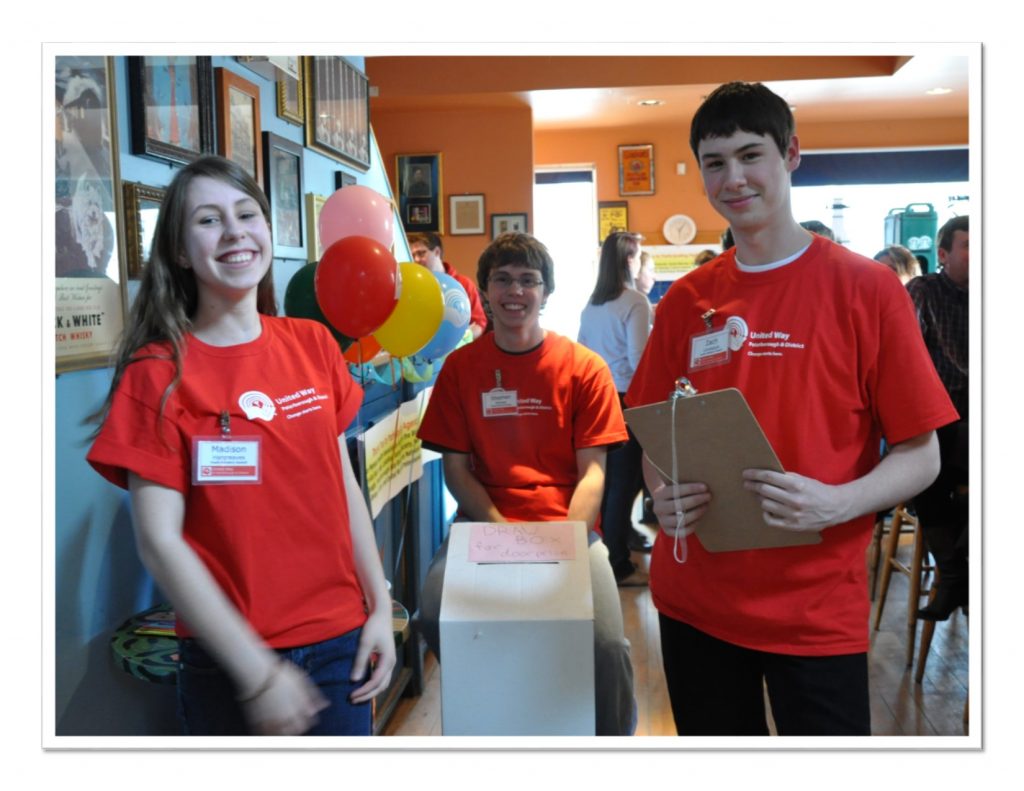 If you are between the ages of 14 and 19 and looking for a way to help with issues facing youth in our community, join our Youth Advisory Committee (YAC). Get connected to your community while building awareness about relevant issues, gaining friends, building confidence, and fulfilling your volunteer hours.

When you join the committee you become part of a team that strives to make a difference.

A big ‘Thank You’ goes out to Trent University for their hard work in raising $70 000 for United Way! The staff and faculty held the annual BBQ Oct 1 2014 which kicked off their campaign. New this year was a student-led pancake breakfast fundraiser. Everyone’s efforts and contributions helped Trent reach their 2014 campaign goal!
Thank you Trent for your continued commitment to the community and congratulations on your success! 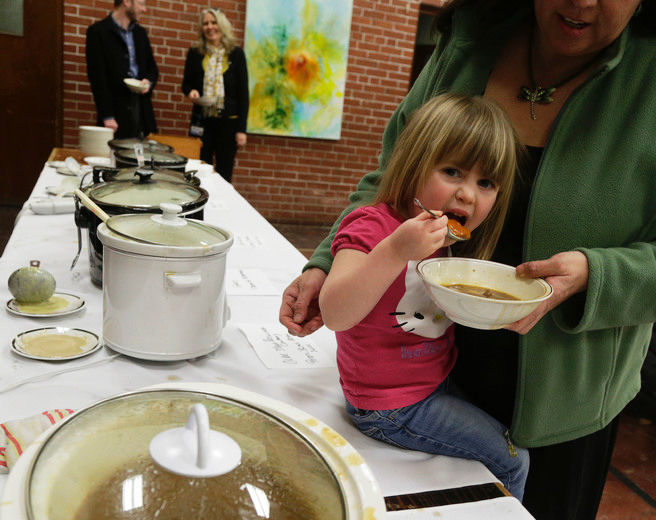 Thanks to you the 18th Annual SoupFest to support Peterborough Social Planning Council and United Way Peterborough & District was a tasty success. More than a dozen local businesses donated soups, bread, coffee, and treats for the event. 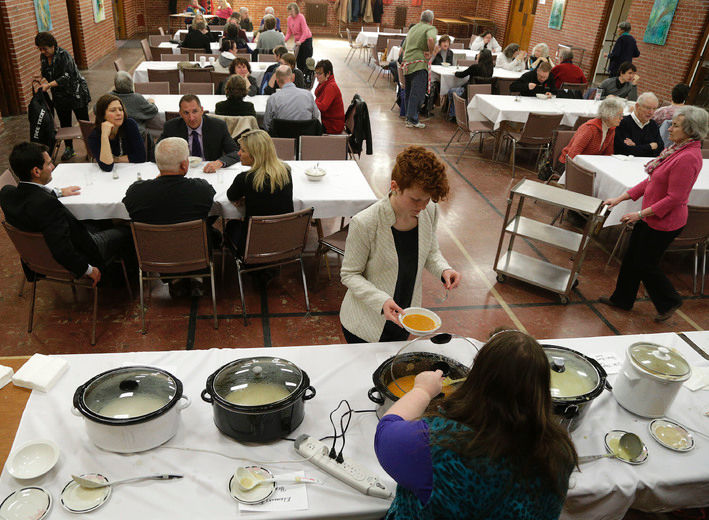