They traveled from Syria to Egypt to Bahrain and then to the United Arab Emirates before finally securing paperwork needed to move to Canada. They landed in Peterborough thanks to a private-sponsorship group in autumn 2016 and have since embraced the community as much as it has embraced them.

The family has settled in nicely to their new home, thanks in part to the many programs and services provided by the New Canadians Centre (NCC). Those services are partially funded by the United Way of Peterborough and District.

This year, the NCC received $55,122 from the United Way. Hajni Hos, executive director of the NCC, says that money is used for all newcomers to Peterborough, not just those from Syria who have arrived since late 2015.

“Funding from United Way enables us to support newcomer clients who we would not be able to support otherwise through federal funding for example international students, migrant workers, refugee claimants, etc.,” says Hos.

“But funding is only one benefit we receive from the United Way. Experts at United Way support our staff and board (with) professional development through various workshops. By being a member of the United Way family we are able to network and partner with other community organizations, and help the ones in need together.”

Early on they started volunteering as interpreters because they speak both Arabic and English.

Her son Faadel says he’s been given opportunities to try different things he would not have been able to in Syria and other Middle Eastern countries.

He’s also settled in nicely at St. John Catholic Elementary School, where he has made many new friends.

“I feel like I can speak the way I want to without worrying about being attacked or made fun of,” says Faadel. “It’s very peaceful here with people who appreciate you.”

Donations to the United Way campaign will go a long way to providing continued support and hope for families, like Joummana’s.

“Our kids now have a future,” she says. “Now they can control it.”

Click here to read full article from My Kawartha 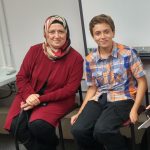 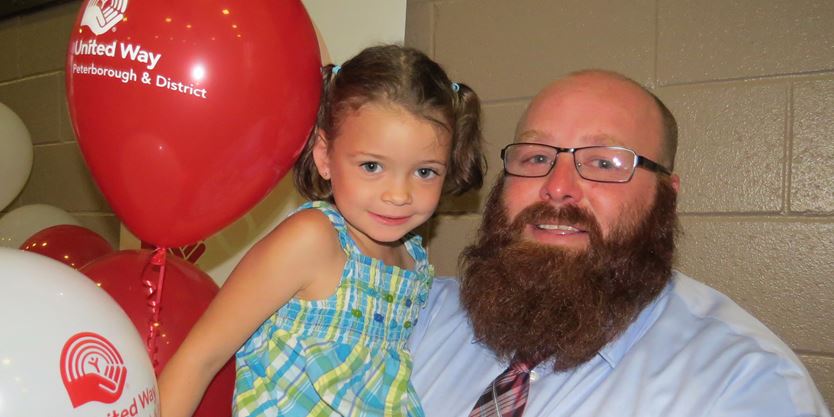 Robert Hamm spent Christmas Day 2014 in a jail cell. It was his self-described, rock bottom.

But thanks to your donations to United Peterborough & District, he found a new life for him and his daughter.

“He enrolled in every course available through the John Howard Society, Community Counselling and Resource Centre, FourCAST and the Salvation Army. Many of these programs are funded by the United Way of Peterborough and District, programs that helped Hamm change, eventually becoming Reah Jo’s full-time parent.”  Click here to read more about Robert’s inspiring journey.

There is still time to give to our current Campaign and help others in our community.

Click here to make a donation and make a difference in Peterborough, today! 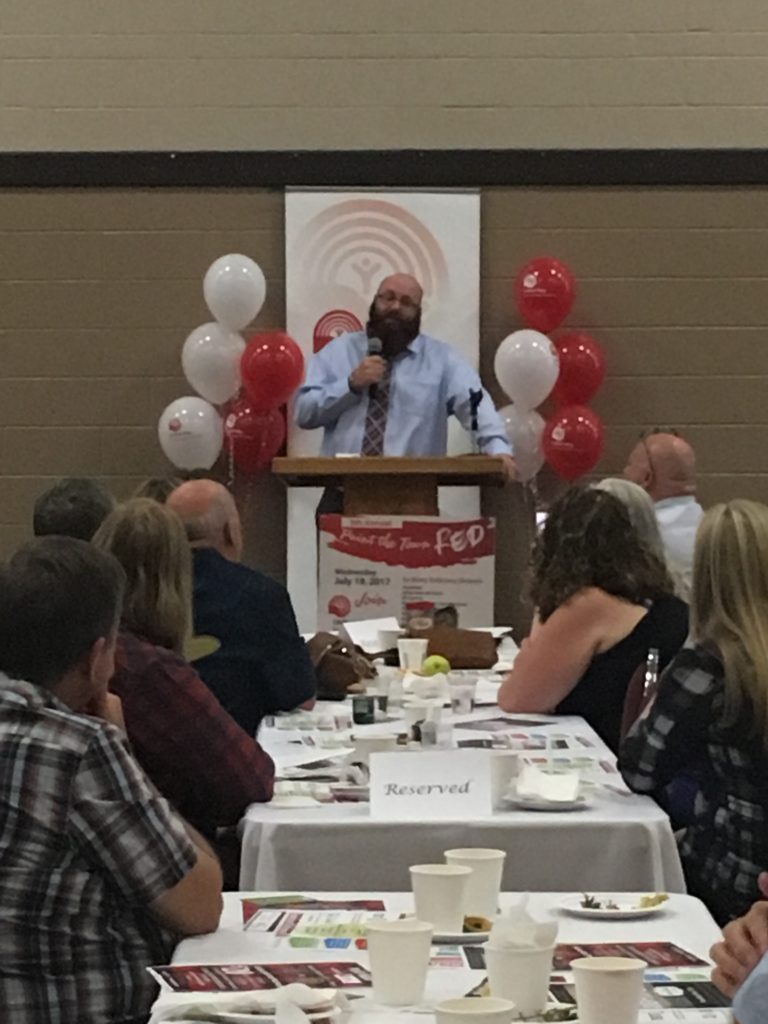 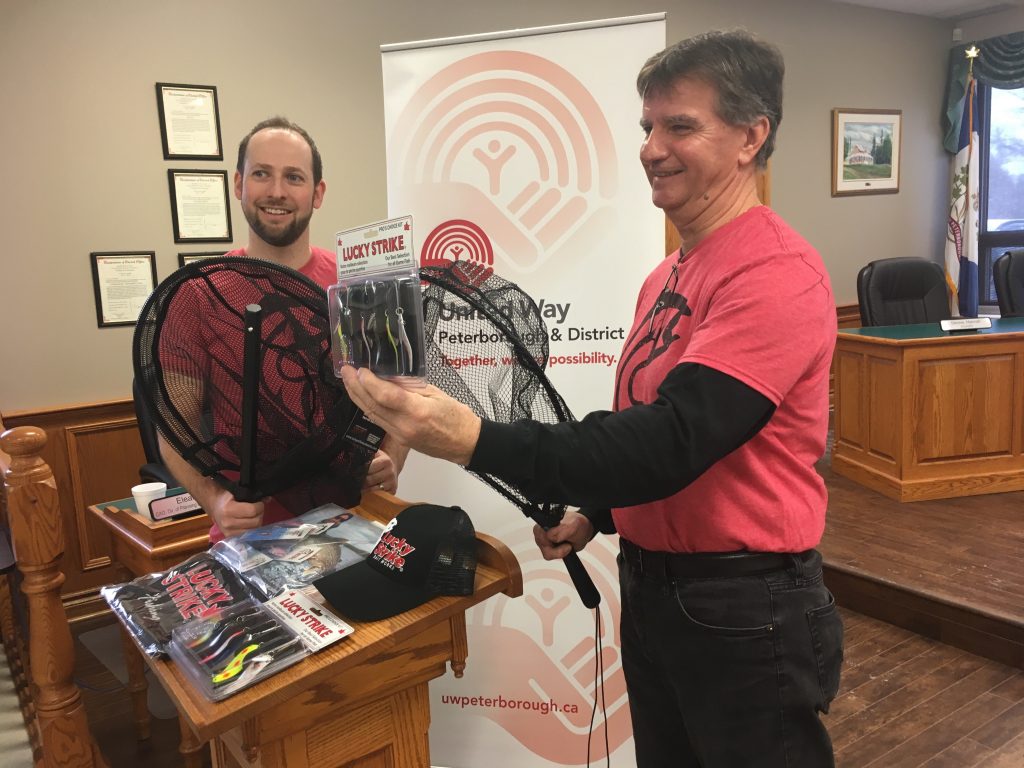 Warden Joe Taylor announced the raffle at our Campaign Launch in September.  The lure of a guided fishing trip with Joe, including a shore lunch and a prize pack from Lucky Strike was irresistible.  It was a sell out – All 400 tickets were purchased!

At the draw, Joe offered a huge out to Peterborough Mayor Daryl Bennett, who at the campaign launch, immediately promised to match all proceeds generated from this fundraiser.

The ticket sales in a addition to the match by Bennett raised a $4,000 contribution to our 2017 Campaign. 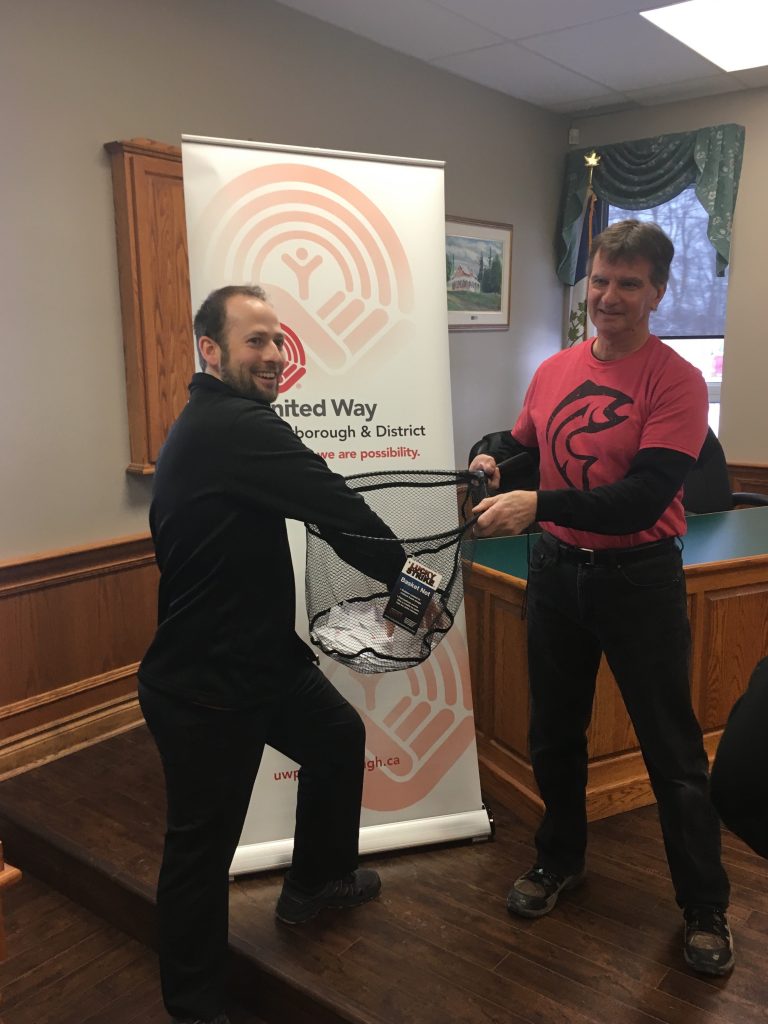